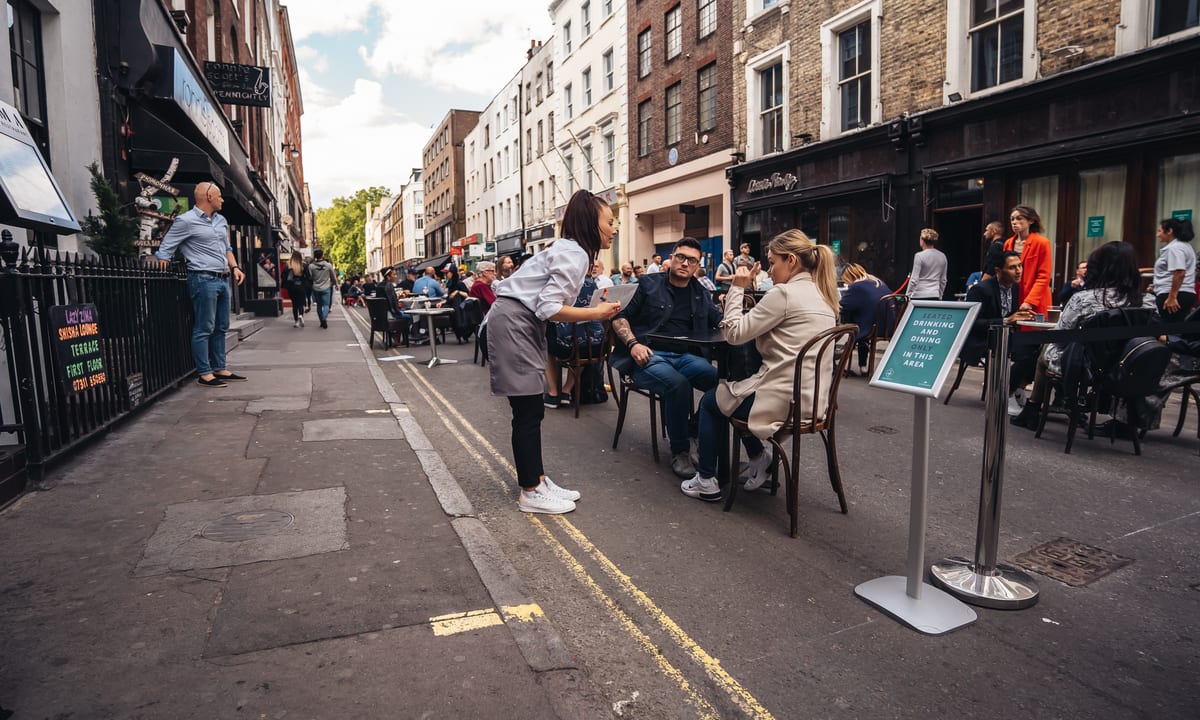 The U.K.’s Eat Out to Help Out campaign — which offered a 50 percent discount at restaurants on Mondays, Tuesdays and Wednesdays during August — was dramatically successful in boosting sales. The taxpayers shelled out $647 million for the rescue program, which subsidized the cost of meals and nonalcoholic drinks.

A new study, however, said the program may have also contributed to boosting the spread of COVID-19, Bloomberg reported.

The study, conducted by the University of Warwick, found that the program may have pumped up coronavirus cases from 8 percent to 17 percent during the summer alone. And the resulting asymptomatic infections may have helped fuel the current surge of coronavirus cases in the United Kingdom, Bloomberg said.

In some areas, there was “both a notable increase in new COVID-19 infection clusters within a week of the scheme starting, and again a deceleration in infections within two weeks of the program ending,” said Thiemo Fetzer, an associate professor of economics.

Now, U.K. Prime Minister Boris Johnson has done an about-face. In August, his goal was to reopen the economy. He has now ordered a one-month stay-at-home policy for England beginning on Thursday (Nov. 5).

Johnson’s restaurant stimulus program was so successful that visits more than doubled in the last week of the program compared with the same period a year earlier, Bloomberg said. The discount offered was worth as much as 10 pounds per person to eat out in tens of thousands of participating restaurants.

The U.K. Chancellor Rishi Sunak said that “at least 35 million meals were served up in the first two weeks alone; that is equivalent to over half of the U.K. taking part and supporting local jobs in the hospitality sector.”

In September, a survey by the U.S. Centers for Disease Control and Prevention (CDC) concluded that patrons of restaurants and bars are more likely to contract COVID-19. 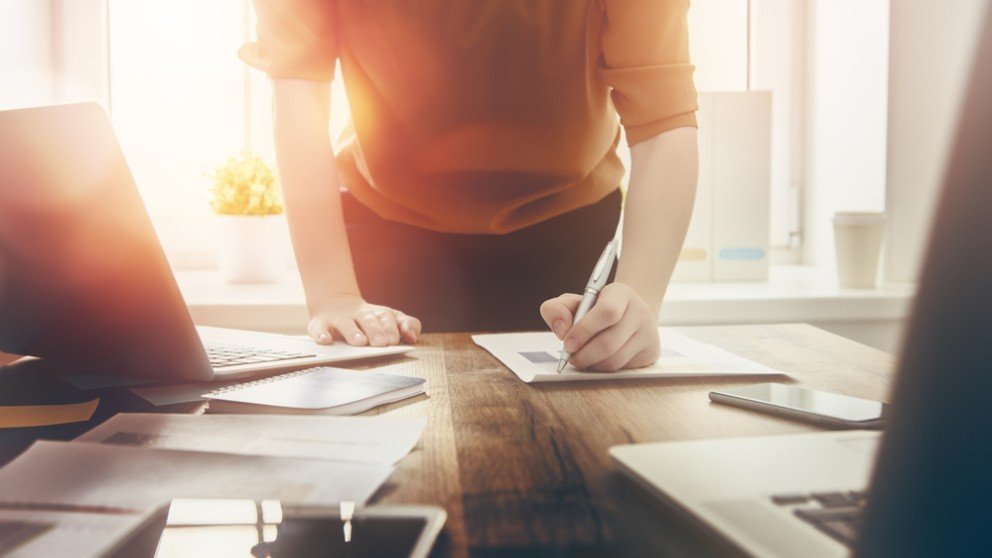 Hundreds of people have told MoneySavingExpert.com that they have been rejected by HM Revenue & Customs' eligibility tool for the Self-Employment Income Support Scheme (SEISS), despite believing they fit the eligibility criteria.

The tool has told many people that they're not eligible for any help via SEISS, one of the Government's coronavirus support schemes, raising concerns that many people who thought they would be covered would now feel disheartened and not knowing what to do.

Complaints have flooded in over the past 24 hours – including from people whose income is well below the £50,000 earnings threshold. HMRC has told MoneySavingExpert that the tool is working accurately. 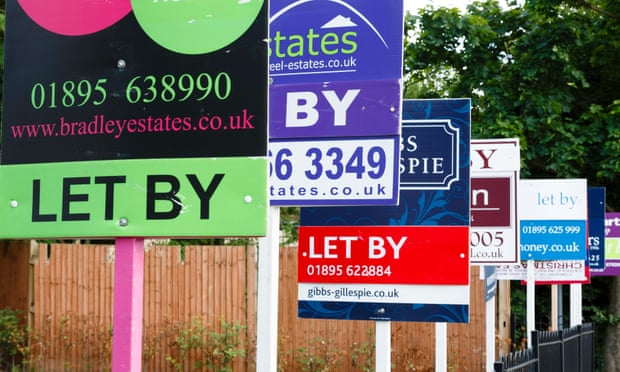 Research has shown millions of renters are choosing between paying rent or putting food on the table during the lockdown. Photograph: Paul Maguire/Alamy Stock Photo

More than a million renters in Britain risk losing their jobs in the coronavirus pandemic and should be protected by an immediate rent freeze, according to a thinktank.

Calling on the government to suspend all private rents for three months as an emergency measure to protect those most at risk, the New Economics Foundation (NEF) said 1.2 million people living in privately rented homes could fall into severe financial hardship otherwise.

These people are among 5.6 million it identified who will miss out from the government’s Covid-19 job retention scheme, due to having their hours cut or being made redundant rather than being furloughed. It also includes people ineligible for the self-employed income protection scheme.

Originally posted by:
Richard Partington
The Guardian
May 4th, 2020 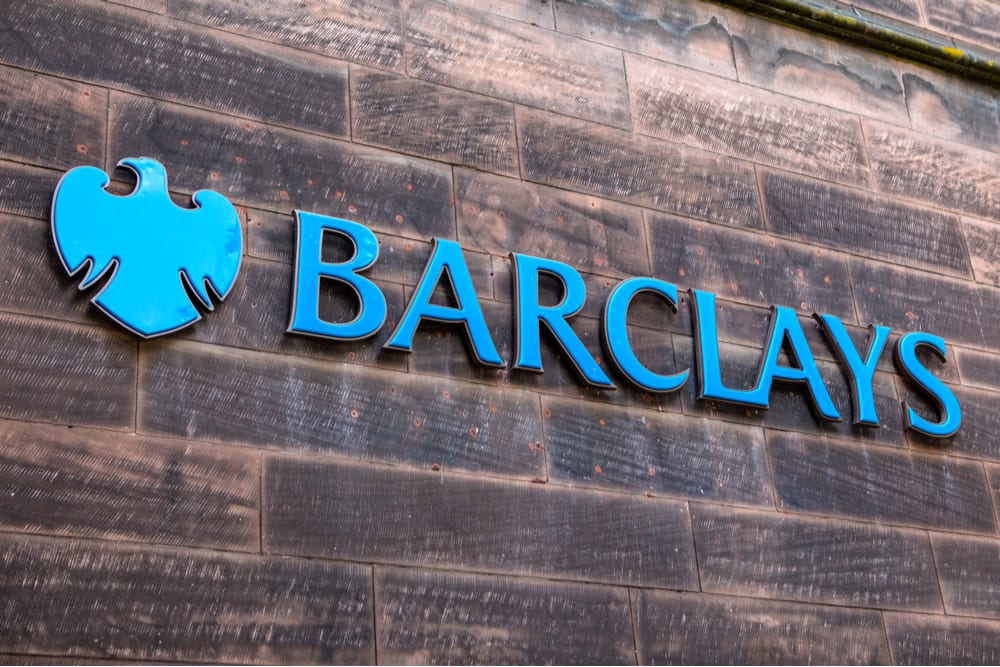 Tasnim Ghiawadwala, Head of Barclays UK Corporate Banking, said in the announcement, “Barclays is absolutely committed to supporting all businesses through this incredibly challenging period.  This welcome new scheme will enable us to provide vital funding to those businesses not currently eligible for the Coronavirus Business Interruption Loan scheme or the COVID-19 Corporate Finance Facility, but who contribute hugely to the UK economy.”

Barclays will offer lending as high as £50 million for companies with more than £250 million in turnover and as high as £25 million for companies with turnover ranging from £45 million to £250 million to support them with coronavirus-associated challenges. The lending encompasses term loans as revolving credit facilities of a maximum of three years subject to credit approval with a facility term of at least three months. 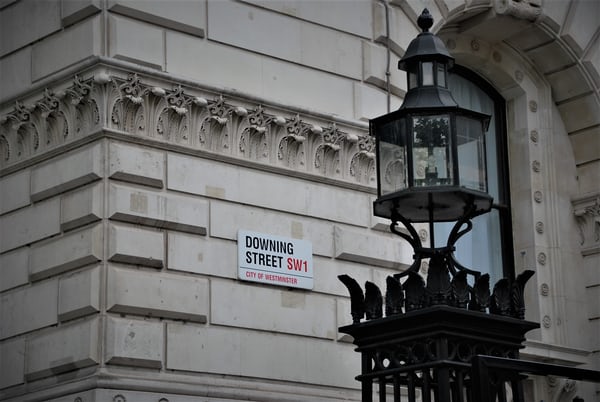 The UK government has promised £1bn worth of support for startups struggling to cope amid the coronavirus pandemic, bowing to the pressure of the local tech community.

On Monday, the government said that it was committing £250m towards a new £500m fund that would invest in high-growth private companies that needed money. The government also promised £750m worth of grants and loans to small and medium-sized businesses focusing on research and development.

It comes in the wake of similar packages by the French and German governments earlier this month and follows a sustained campaign by influential figures in the UK tech community, with the Save our Startups lobby group calling for exactly these kinds of measures announced today.

But the pledge from the UK government will likely prove controversial, with fears that the money will help to prop up zombie startups and that taxpayers money could be better spent elsewhere.

Robin Klein, a partner at London-based VC firm LocalGlobe and influential tech figure, summed up those fears writing in a piece for Sifted: “Please use scarce taxpayers money in the sectors that really need it — hospitality, transport, recreation, arts and charities. Offering startups debt packages or handouts is not the way to go.”

The UK government was conscious of the debate and has attempted to structure the funds to limit the risk of the government spending taxpayer’s money on poor businesses. 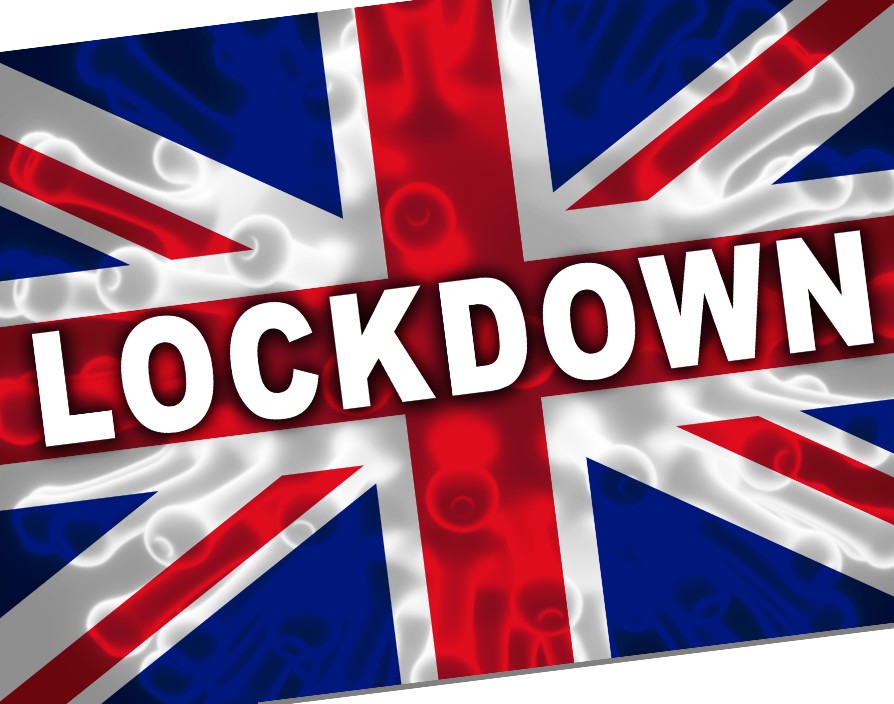 This evening, Prime Minister Boris Johnson addressed the nation with his latest update on coronavirus and the next steps the UK will take to safeguard the nation and combat the epidemic. Mr Johnson has today announced he will order police to enforce a complete lockdown of the UK, banning people from leaving their homes in a bid to effectively enforce social distancing. But what does this mean for SMEs across the UK? As the economy comes to a grinding halt.

CORONAVIRUS! It’s all anyone can talk about these days. Understandably so, as it’s a very serious and very scary pandemic. From what I understand, if you do catch it, it is not as similar to catching the Flu, but more similar to a severe Pneumonia. This genuinely frightens me. I am doing my best to self-isolate as much as possible. My managers have allowed me to work from home, and I only have to come into work 2 days a week. On those days, I can also get a taxi, which they will reimburse, rather than me taking the metro for 45 minutes. I definitely find this to be a bit of a relief. Right now, I want to stay at home as much as possible!

Now, I know a lot of people are scared right now. There has been lots of panic buying, mask-wearing, social distancing… What I’d like to chat to you about is living during this current pandemic while suffering from OCD.

I already wash my hands more than the average person. And although some people with OCD do this due to the worry of germs and contamination, mine is slightly different. I do worry about germs, as I tend to get sick very easily and catch everything, but I also wash my hands a lot as they just physically feel dirty. The way I usually describe it is: You know when you’ve been petting a dog for awhile, and then your hands feel like they have a film or layer on them…? You feel like you need to wash your hands, right? Well, I feel that layer quite often throughout the day. At any point in the day, my hands will suddenly feel grimy and “dirty” and I will need to go wash them. I won’t feel comfortable until I do. I also don’t like using bars of soap, as I see them as a breeding ground for dirt and germs. I much prefer liquid soap from a pump dispenser. I also don’t like using hand towels, as other people have used them, so they are “dirty”. I prefer kitchen roll or something of the sort. One-time use and disposable. Much cleaner.

Now, you may have been experiencing this over the past few days, but imagine being constantly and acutely aware of everything you touch. 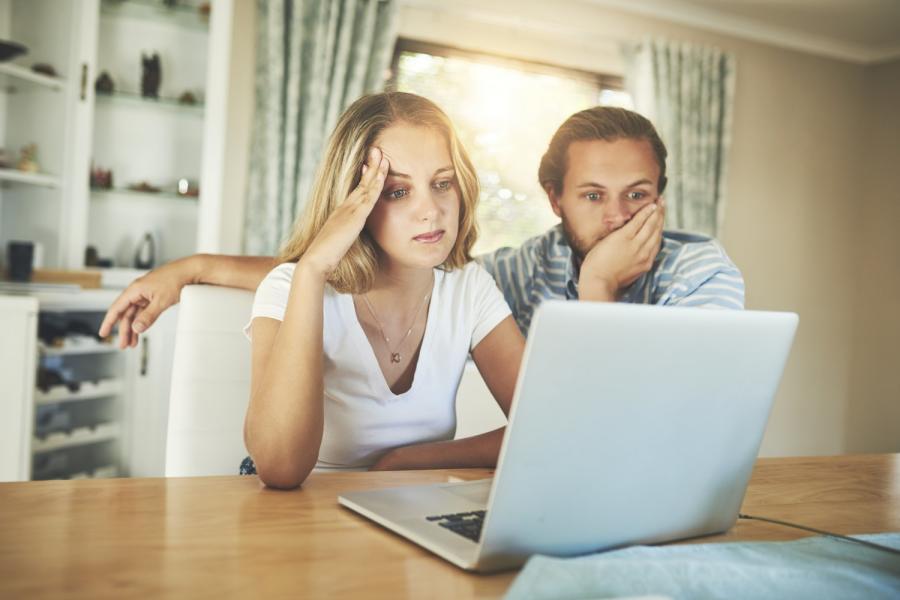 Vulnerable energy customers who use pay-as-you-go energy meters will not have their supply cut off during the coronavirus crisis, the Government has announced.

The energy industry has agreed new emergency measures with the Government to protect the domestic energy supply of those most in need during the disruption caused by the coronavirus.

From today, over four million customers with pre-payment meters who are unable to add credit can speak to their supplier about options to keep them supplied.

Measures include nominating a third-party for credit top-ups, having a discretionary fund added to their credit, or being sent a pre-loaded top-up card so that their supply is not interrupted. 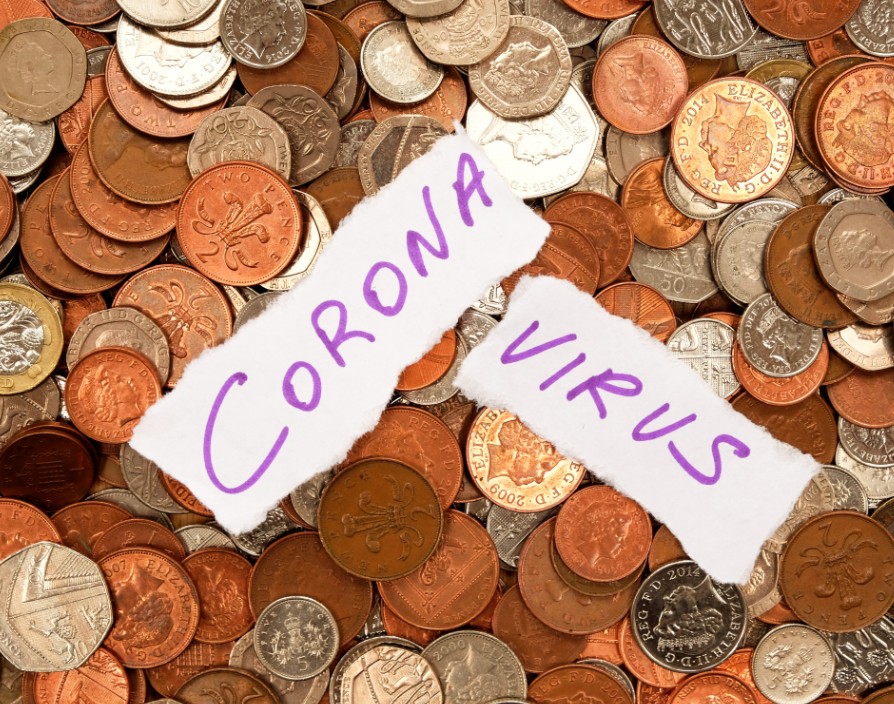 If the business landscape this century was defined by the financial crash in its first decade and by Brexit in the second, just three months into the 20s we might well be living through the defining moment of the century.

COVID-19 is not only an incredible global health challenge, but an overwhelming economic one. Plummeting markets are one thing – they will hopefully recover in the months to come once the outbreak peaks – but without the right aid from government, larger enterprises, philanthropists and business organisations, small businesses will face a far more challenging recovery.

New figures released by Small Business Britain this week found that small businesses almost universally expect a significant decrease in their revenues due to the coronavirus – and more than nine out in 10, do not have insurance in place to protect against losses.

In an online survey of more than 1,000 businesses, almost three-quarters said they expect their revenues to reduce by more than 50% as a result of COVID-19 disruption. A further one in five expect a reduction of more than 20%.

The concerning figures come in the wake of the Government’s latest social distancing advice around the coronavirus, encouraging the public to avoid non-essential contact.