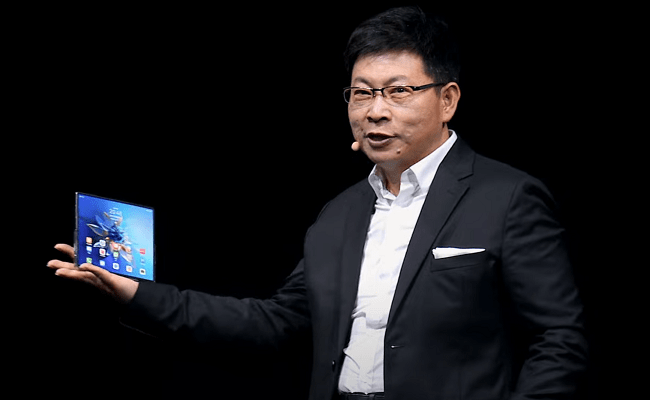 Huawei unveiled its flagship foldable for the Chinese market, the Mate X2, while Consumer Business Group CEO Richard Yu (pictured) revealed the smartphone version of its HarmonyOS would start rolling out in April.

The Huawei Mate X2 features an 8.01-inch display when unfolded, alongside a 6.45-inch screen on the front. The company claims the internal display has been designed to offer minimal glare and an improved reading experience.

In addition to screen enhancements compared with its previous Mate X foldable, Yu pointed to improvements to the hinge technology to make the phone flatter when folded.

The device uses a Kirin 9000 chipset, featuring what Yu claimed was the world’s most powerful 5G modem and “cutting edge” flagship camera and imaging systems.

Yu noted Huawei, which has been blighted by supply chain issues caused by ongoing US sanctions, had “reserved enough production capacity” to make the device available and was “increasing production on a weekly and monthly basis”.

“I hope each consumer who loves this foldable phone can get one at an affordable price.”

Yu said “2020 was an extraordinary and challenging year for Huawei”.

“We found ourselves simultaneously attacked by the Covid-19 pandemic, and the second and third rounds of US sanctions, which has posed great difficulties to our business operation and day-to-day work.”

He noted, however, solid support from partners and consumers alongside continued R&D had got it through.

US restrictions have also prevented access to Google’s Android operating system, accelerating efforts to design its own HarmonyOS alternative.

Yu said owners of its flagship handsets would begin being able to access the new system in April, with buyers of its Mate X2 among the first.