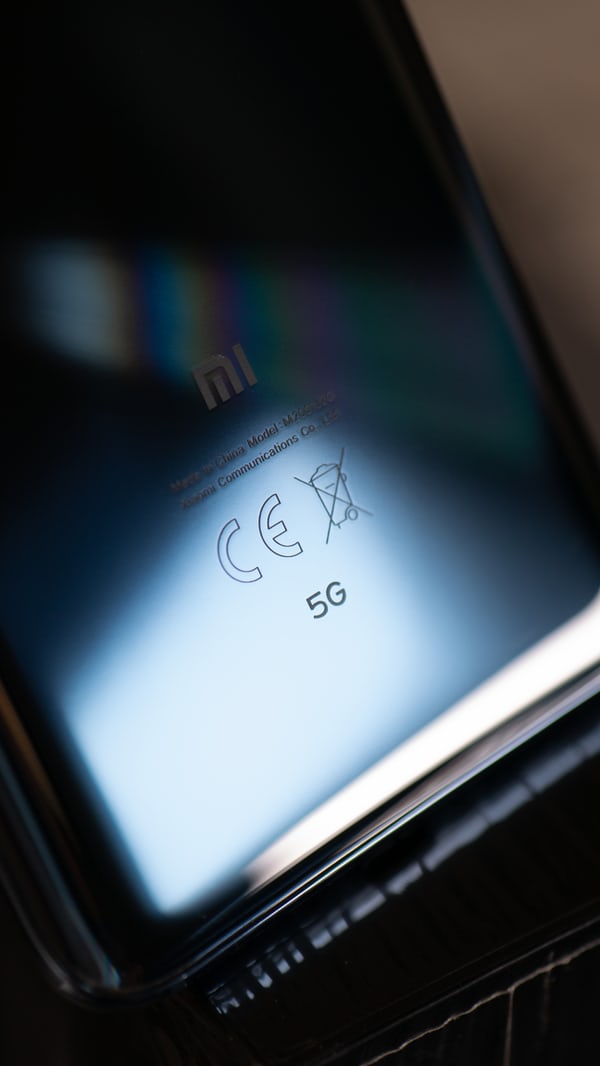 5G will radically change the way our world networks. It won’t be long before worldwide society will have to adapt to the new way of technological life – across industries, markets, and regions. This new technology standard promises much more than just further developments of existing mobile communication technologies.

Comprehensive changes in digitalization, society, and the economy will take place in almost all areas of life. So far, the primary aim has been to expand the infrastructural conditions of conventional networks across the board, in order to ensure network availability for almost all mobile devices. In the coming years, in addition to the continued networking within 5G IoT, the focus will be on meeting the growing needs of the networked society even more optimally than before.

Unlimited Connectivity Into the Networked Future

The global data volume is increasing continuously, making 5G indispensable. Due to this enormous growth in data, the result in the medium term is that the existing technologies will no longer meet the requirements of the IoT world. Germany is a good example of the development of data volumes. In 2017, the country reached a data volume of one billion gigabytes–already double what it was in 2015.

Based on findings such as these, experts estimate that in 2020, the number of things connected worldwide will be between 50 and 500 billion. This presents enormous potential for our global economy because it demonstrates the necessity of 5G networks: such a high data volume in combination with the number of IoT devices and the individual needs regarding IoT networks is only possible with the help of 5G.

Why is 5G Predestined for IoT?

Thanks to the so-called “3G” cellular standard, using mobile data with a cell phone were made possible, as 3G was the main driver to produce smartphones at the time. The fourth generation of mobile network standards was created sometime later. Thanks to “LTE”, the data transfer rates have increased massively.

Looking to the future, however, LTE will not suffice to meet the standards and expectations of new technologies. LTE was primarily designed and optimized for use on smartphones, whereas 5G will be the mobile standard for all connected Things.

5G IoT reaches new dimensions in all aspects. The data throughput in the new network should reach up to 20 gigabits per second and allow shorter response times. As a piquant comparison, the first cell phone with 1G network connectivity is eight million times less than a 5G network.

With 5G, it will also be possible to transmit data in real-time. This means that 100 billion mobile devices around the world would be accessible at the same time. In other words, a connection density of approximately one million devices per square kilometer. At the same time, the new technology brings an increase in the relative movement speed. This means that connection quality will be much more stable up to a speed of 500 kilometers per hour, which will bring enormous benefits, especially for rail travelers.

Regardless of smartphones, increasing amounts of data are inevitable in other areas of application. The numbers don’t just sound huge, they are huge. For these reasons and many others, 5G IoT will become the new key technology of connectivity.

Diverse and Innovative Areas of Application

In addition to the Internet of Things, Industry 4.0, for example, will also benefit massively from 5G technology. The continuous data exchange between machines, systems, robots, and people will become an integral part of industrial production. The number of connected devices and parts will increase enormously. For example, the control units of industrial robots are addressed in real-time–and error probabilities are ultimately reducible to a minimum. For example, the driverless courier service would therefore be able to always pick up the materials on time at the loading and unloading points of the machines. 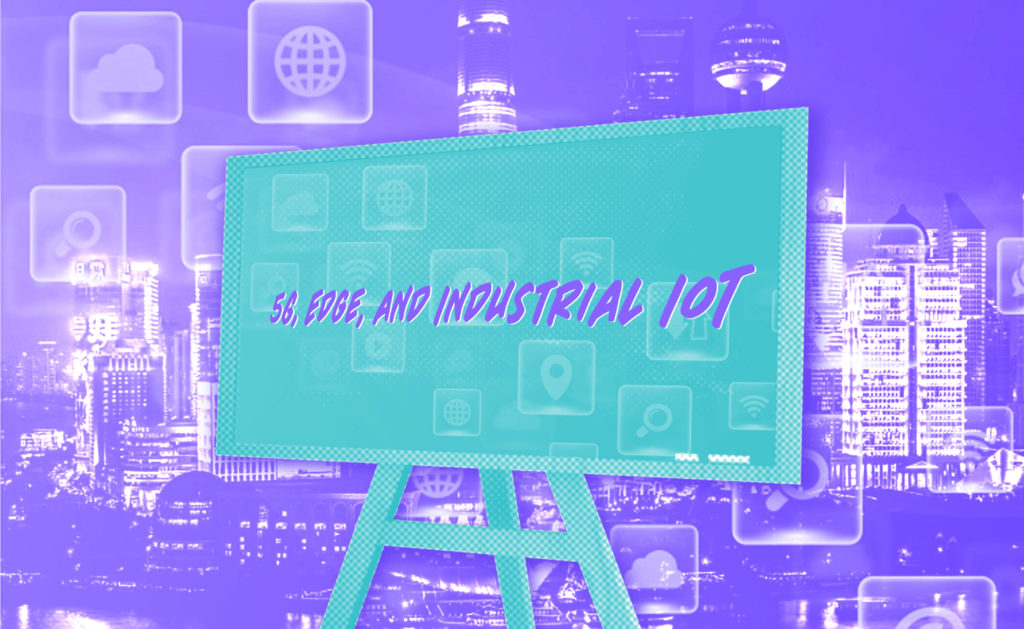 New 5G networks will transform many industry domains in the next several years. From factory floors to healthcare, financial services, and even entertainment, industries will enter an entirely new phase of connectivity thanks to 5G.

In addition to significantly higher speeds and throughput, 5G Networks can take advantage of network virtualization to carve out “network slices” for IIoT’s unique needs. While this will be a game-changer for many industries, manufacturing can significantly benefit from higher bandwidth, lower latency and more reliable wireless networks!

Currently, most factories are connected by wired connections with traditional Fieldbus or Industrial Ethernet, serving as a backbone for connecting field-level equipment to control systems and PLCs. New standards such as OPC-UA allow connecting the factory to the enterprise by providing a structured and secure way for data access and control.

The second phase of the 5G specification, 3GPP Release 16, targets factory automation with ultra-reliable, low latency communication (uRLLC), enhanced massive type communication (eMTC), and enhanced mobile broadband (eMBB). The most notable enhancements are in areas of latency and reliability, addressed towards realizing the mission-critical use-cases in an industrial environment.

5G Networks could provide factory floors critical capabilities in terms of low latency, high reliability and supporting a significantly higher number of devices. Additionally, 5G enabled devices could “offload” some of their processing to the network allowing for less complex and cheaper devices.

The Industrial Internet of Things (IIoT) requires a multitude of technologies complementing each other to deliver the improvements in automation, efficiency, and agility. It requires dashboards, device communication & management capabilities for managing diverse device types, real-time streaming for actionable intelligence, machine learning capabilities for identifying patterns and predicting behavior, and AR for augmenting manual guidance and training.

5G with its low latency, high security, and bespoke networks, enables factories to take full advantage of sensors and the IoT for asset monitoring and automation, along with artificial intelligence and machine learning capabilities. Much of this will happen on-premises, but also increasingly in the cloud. IIoT platforms that can integrate with cloud hyper-scalers–like Amazon AWS and Microsoft Azure–will be key enablers for a 5G-enabled IIoT ecosystem.

To support latency-sensitive applications at the 5G Network Edge, Amazon and Verizon jointly announced the introduction of AWS “Wavelength Zones.” This would short-circuit the trip from the device to the AWS Cloud by embedding a portion of the AWS infrastructure within Verizon’s data center.  Microsoft is also leveraging its past work with AT&T and has recently launched Azure Edge Zones.  Additionally, Microsoft’s recent acquisition of Affirmed Networks aims to bring cloud-based 5G networks to the market.

While the 5G specifications mature, the “network edge” could serve as a hot spot for innovation between the hyper-scalers, carriers, and IIoT platform providers to deliver latency-sensitive IIoT applications for industrial automation.

Originally published by
Software AG | July 8, 2020
iot for all 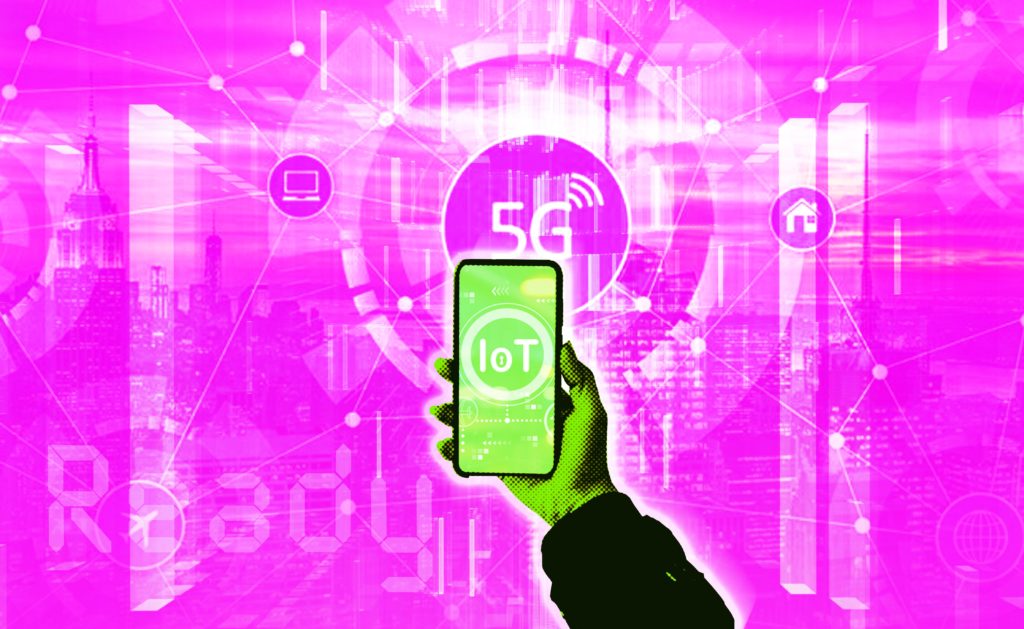 Illustration: © IoT For All

In uncertain times, such as those brought on by the global spread of the COVID-19 coronavirus, companies tend to stick to short-term plans and push back long-term investment.  In telecommunications we are seeing evidence of that already, with operators halting or slowing their 5G investment plans.  Partly this is caused by doubts about whether the infrastructure vendors can continue to build and deliver the equipment required during a ‘lockdown’ situation, but it is also partly driven by a need to conserve funding.

But businesses cannot standstill. The requirement for operational business efficiency is perhaps amplified during such times of uncertainty. Many projects in the IoT space, across all business and industrial sectors, are driven by operational requirements such as a desire to reduce machine downtime, improve preventative maintenance programs, or better harvest business data for analysis.

In these challenging times, companies wishing to progress these types of initiatives will want to do so safely in the knowledge that any investment made now, would not be rendered obsolete when the roll-out of 5G networks moves into full swing.

Right from the beginning, the mobile industry and the 3GPP – the industry body responsible for managing and approving the specifications and release of cellular standards – have looked to support the growth and development of IoT networks with a standards-based approach. In particular, the Mobile IoT refers to Low Power Wide Area (LWPA) networks conforming to 3GPP standards running on secure, operator managed, IoT networks within the licensed spectrum band.

LPWA networks are designed to support IoT applications and devices that are low cost, use low data rates, require long battery life and often operate in remote or hard to reach locations.  LPWA networks will play an important role connecting up the billions of devices that will comprise the Mobile IoT. LPWA technologies will serve a diverse range of vertical industries and will support a range of applications and deployment scenarios that existing mobile technologies are not best placed to host.

The two most widely deployed formats of Mobile IoT networks are NB-IoT and LTE-M. The extended coverage range and power consumption attributes of both NB-IoT and LTE-M are particularly impressive. In a wide range of use cases, devices connected over NB-IoT or LTE-M can have a battery life of more than 10 years.

Both NB-IoT and LTE-M have been adopted as standards by the 3GPP and will co-exist alongside other 3GPP 5G technologies to meet long-term 5G LWPA requirements.  Now accepted as 5G standards, the goal is for NB-IoT and LTE-M to be supported by the 5G core network and enable a smooth operator integration path to 5G new radio frequency bands. 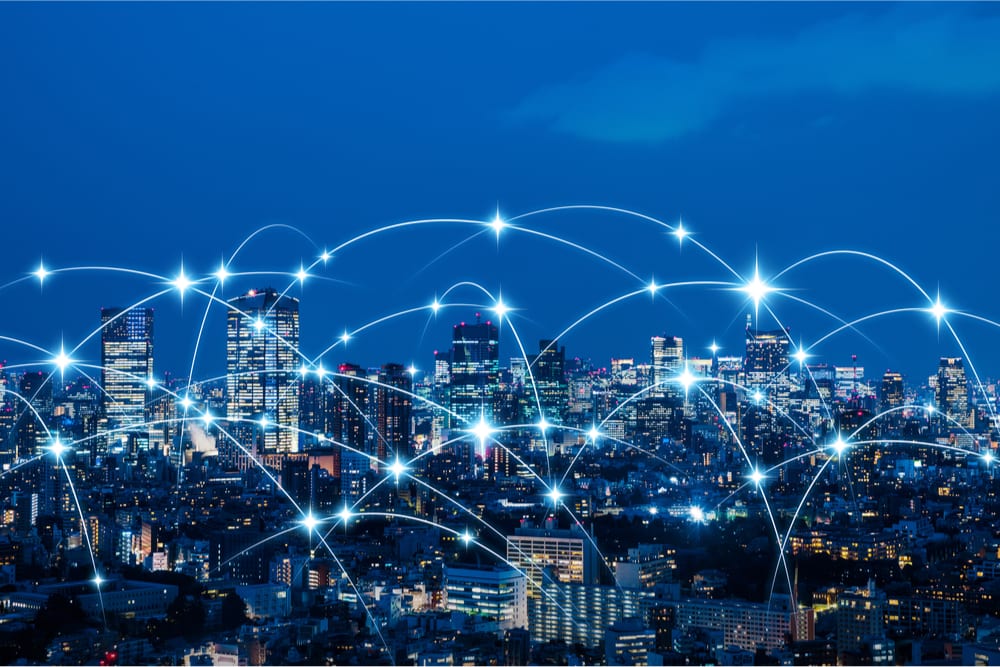 The coronavirus has forced us to embrace the connected age in ways we might not have dreamed of a few short months ago. Work from home, play games (online) from home, bank from the comfort of your couch — because the bank branches are closed, of course.

The questions remain, though, as 4G gives way to 5G, as hackers target us with new attack vectors as commerce and daily life go increasingly online … is the infrastructure underpinning it all robust enough — and is it safe?

Jonathan Knudsen, senior security strategist at Synopsys, said in an interview with PYMNTS that a secure, standardized security framework can help various ecosystems move toward 5G with confidence.

Some high-level numbers show the appeal of 5G. The wireless technology is between 10 to 100 times faster and more data rich that the 4G that we are accustomed to.

If there’s been one positive of the coronavirus pandemic, it’s been that, as Knudsen said, the internet has worked — so far at least.

“We’ve really never had to test of it on this scale,” he said of the tech backbone that underpins all manner of devices. “The design of this, this thing dates back to the early ‘70s and we’re still running on this essentially very old technology.”

We’re a long way from flying cars, smart highways and predictive maintenance, but telemedicine is quickly becoming the norm, at least when it’s possible to have low latency and high security.

Originally published
ByPYMNTS
Read more…
5G will only gets its wings in 2023, or thereabouts, when its full functionality is revealed in a standalone version of the new radio (NR) standard. That is when it ... The post Five steps on the road to industrial 5G – technology / standards (#1) appeared first on Enterprise IoT Insights. Enterprise IoT Insights James Blackman December 6th 2019
Read more…