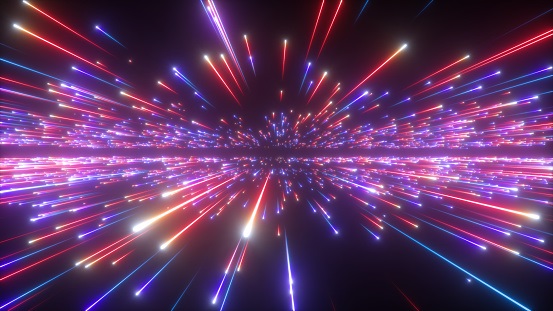 The US government is investing in quantum computer research, with the Department of Energy (DOE) having just announced five new National Quantum Information Science Research Centers. The announcement is a follow-up to the National Quantum Initiative Act, signed in December 2018, which committed $625 million in funding over five years.

“It’s a huge deal: for the first time, researchers from academia, U.S. national labs, and industry will be working side by side aiming to speed up the fundamental quantum information science research,” stated Dario Gil, the director of IBM Research, in a recent article he authored for Scientific American.

“And more research should bring us closer to advanced quantum technologies and the grandest goal of quantum information science: creating a fault-tolerant quantum computer that can indefinitely compute without errors.”

Quantum computers are expected to speed the process of scientific discovery and help design new materials for batteries, drugs, and vaccines. Material design has depended on “happy accidents” or a long process of experimentation. Classical computers have accelerated the process with molecular simulations, but they are unable to simulate complex molecules with enough accuracy. Quantum computers should be able to help with that.

Quantum computers are soon expected to be able to perform mathematical calculations not possible for the most advanced current computers. Quantum computers execute quantum circuits based on physics properties of: superposition, the ability to be in multiple states at the same time; entanglement, in which the quantum states of two or more objects have to be described with reference to each other; and interference, in which two waves superpose to form a resulting wave of great, lower, or the same amplitude.

Quantum bits, qubits, are fragile. “Noise” such as heat, light or vibrations, can pull the qubits out of their quantum state and produce errors. Teams of scientists will be needed to overcome this hurdle. “We need many breakthroughs,” Gil stated.

Investors Not Sure How Quantum Figures in Portfolios

Investors do not yet know what quantum computers mean for their portfolios, according to a recent account in Barron’s written by Al Root, a Barron’s senior writer who spent 17 years on Wall Street. Quantum tunnels were mentioned in Disney’s Avenger films, introducing them to popular culture. “Quantum has become an analogy for weird, counterintuitive outcomes,” Root wrote.

The bit in today’s computers has a value of one or zero; all software is based on that. The quantum qubit can have a value of one or zero or anything in between, at the same time. Having multiple, simultaneous values makes quantum computers faster. A 64-bit computer can have 18 quintillion (18 with 18 zeros) values. If a computer can process two billion values per second, it would take 300 years to go through all the potential values. A quantum computer could in theory hold all 18 quintillion values at once.

MIT put quantum computers back onto its list of breakout technology for 2020 based on the success of Google parent Alphabet in building a quantum computer with 53 qubits that did a calculation in three minutes, that would have taken a classic computer 10,000 years.

He added, “We have gone through computer creation before.” For quantum computers, “We are doing the whole stack—the software to the qubits—all at once.”

The killer quantum app is yet to come, but Microsoft is working on it. Test applications range from traffic light optimization to a catalyst for chemical production.

DOE Lays Out Blueprint for the Quantum Internet

These will not be desktop machines or smartphone-size. Quantum computers will live in the cloud. The DOE in late July laid out a blueprint for the quantum internet in a press conference at the University of Chicago.

The 17 National Laboratories of the DOE will serve as the backbone of the quantum internet, which will rely on the laws of quantum mechanics to control and transmit information, according to a DOE press release on the quantum internet. Steps are underway to build a test network in the Chicago region, which has become a leading global hub for quantum research.

In February, scientists from DOE’s Argonne National Laboratory in Lemont, Illinois, and the University of Chicago entangled photons across a 52-mile “quantum loop” in the Chicago suburbs. This established one of the longest land-based quantum networks in the nation. Plans are to soon connect that network to DOE’s Fermilab in Batavia, Illinois, to establish a three-node, 80-mile testbed.

“Decades from now, when we look back to the beginnings of the quantum internet, we’ll be able to say that the original nexus points were here in Chicago—at Fermilab, Argonne, and the University of Chicago,” stated Nigel Lockyer, director of Fermilab. “As part of an existing scientific ecosystem, the DOE National Laboratories are in the best position to facilitate this integration.”

The creation of a full-fledged prototype of a quantum internet will require massive coordination of federal agencies—including DOE,  the National Science Foundation, the Department of Defense, the National Institute for Standards and Technology, the National Security Agency, and NASA—along with National Laboratories, academic institutions, and industry.

“The foundation of quantum networks rests on our ability to precisely synthesize and manipulate matter at the atomic scale, including the control of single photons,” said David Awschalom, Liew Family Professor in Molecular Engineering at the University of Chicago’s Pritzker School of Molecular Engineering, senior scientist at Argonne National Laboratory, and director of the Chicago Quantum Exchange.

Read the source articles in Scientific American, in Barron’s and in a DOE press release on the quantum internet.